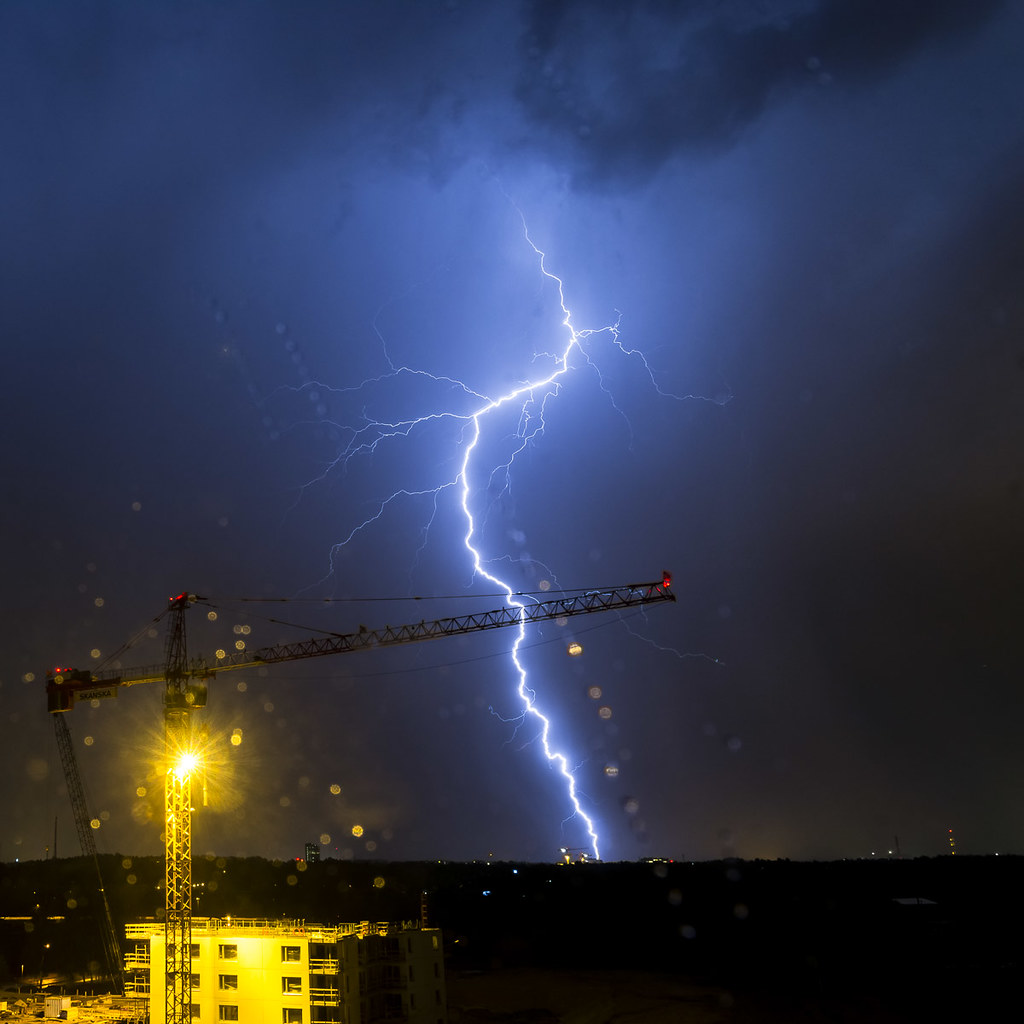 As Sunday was turning in to Monday I noticed that there was a strom front coming from west of our apartment. I didn’t noticed any thunder at the time and I went to bed. After few minutes I heard that distant low rumble of thunder. First I though, well I was already in bed and sort of falling in sleep and it will be probably are far far away and going wrong direction to catch anything. Then I decided to check thunder radar on geocaching.fi site and it was near and going from west to east. So, up from the bed, get the camera, check the battery and memory card and on the bath room. Luckily I had my tripod already standing by the window waiting for action. Attach the camera, quick check on the settings and fire the first 30 second shot. Few seconds later lightning striked in plain sight. WOW, that was lucky! After few minutes there was a second strike but it was mostly off screen and just the tail was captured and nothing after that. This years first thunder, first capture and first lightning! If I would have hesitated few seconds more in the bed wheather I should rise and try to shoot, I would have missed this shot. Again lesson to be learned, never hesitate too long and just do it. You never know what you are going to miss.